A Special Virtual Presentation of the Institute for Science & Policy and Colorado State University’s Warner College of Natural Resources, in partnership with the Center for Collaborative Conservation, the Center for Human-Carnivore Coexistence, CSU Extension, and the Denver Museum of Nature & Science

After a nearly 80-year absence, gray wolves appear to be on the verge of returning to Colorado. In July 2019, a lone radio-collared wolf became the state’s first confirmed Canis lupus sighting in the wild in years. Then, in January, a separate pack appeared in Moffat County in northwest Colorado. This November, voters will go to the polls to determine the fate of Ballot Proposition 114 which, if passed, would charge the Colorado Parks and Wildlife Commission with formally reintroducing wolves no later than 2023.

The potential return of this charismatic and controversial species has sparked a wide range of passionate reactions. Some Coloradans praise the restoration of an endangered apex predator to its ancestral range while pointing to the associated ecosystem benefits. Others are wary of the economic impact on agriculture and the challenges of adding wolves to the increasingly populated Western Slope. For generations, wolves and humans have navigated a fraught dynamic of coexistence. So what does the science tell us about the pros and cons of wolves returning to our backyard? And, if wolves are in Colorado’s future, how can society have an effective dialogue that uses science to inform policy and management?

In this special five-part webinar series, we’ll explore wolf reintroduction through the lens of science, policy, and lived experiences. Our diverse group of panelists will discuss the current state of wolf populations, dive into the data about the species’ role in the ecosystem, talk trade-offs, and hear firsthand stories from those who’ve already been living amongst wolves in other parts of the U.S. 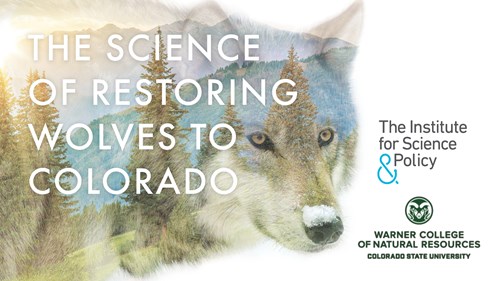 Episode 1: The Science of Restoring Wolves to Colorado
Watch the full recording and read the recap
In our premiere episode, we’ll discuss wolf-related policy and the latest ecological and social science research pertaining to wolf ecology, interactions with big game and livestock, and public perceptions of wolves. 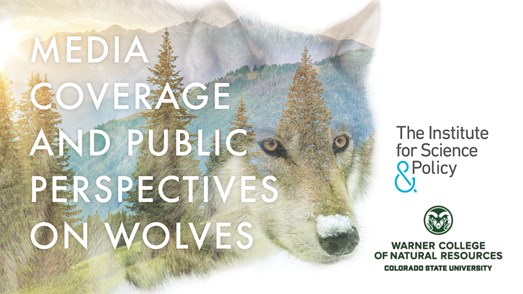 Episode 2: Media Coverage and Public Perspectives on Wolves
Watch the full recording and read the recap

An overwhelming majority of Americans will never see a wolf in the wild. Instead, modern perceptions of wolves are predominantly shaped by folklore (like Little Red Riding Hood), popular culture (like the Liam Neeson film The Grey), and especially media coverage (usually pertaining to conflict over the species’ protected status). The perceived dangers or benefits of wolf reintroduction will determine the success or failure of the November ballot initiative in Colorado, and journalists and scientists play a key role in that discourse. So what does responsible reporting on wolf issues look like in the modern age? And how might social science research help us to better sort fact from fiction? 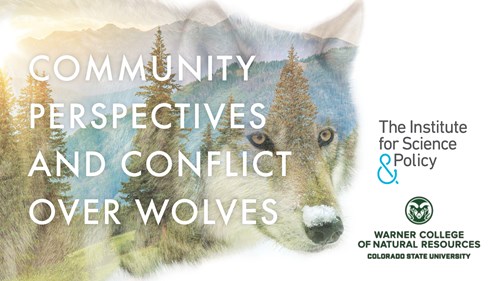 Episode 3: Community Perspectives and Conflict over Wolves
Watch the recording and read the recap

Science and data can tell us many empirical things about wolves, including range, behavior, population size, and more. But the facts alone don’t reflect an important component of the wolf debate: passion. Wolves evoke strong reactions that are informed by our life experiences and cultural values. Often these reactions have less to do with the species itself and more to do with deep-seated tensions over the rural-urban divide, management of public lands, and human needs such as security, meaning, and freedom. Is there a possibility of finding common ground?

Panelists: Bill Fales, a rancher in Colorado’s Crystal River Valley, and Jonathan Proctor, Program Director of the Rockies and Plains Program for Defenders of Wildlife. 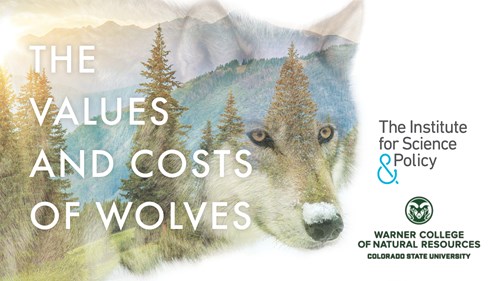 Episode 4: The Values and Costs of Wolves
Watch the full episode and read the recap

The presence of wolves on the landscape creates inherent tradeoffs. To many, the values wolves represent can be qualitative and intrinsic (the pleasure in seeing a species restored to its historic range, for example) or quantitative and economic (such as tourism dollars brought in by wolf sightseeing). To others, fears of a novel predator or financial losses associated with livestock predation represent costs that take much higher precedence. What considerations play in to our own personal valuations of wolves, and what can the data tell us about their real world impacts?

Panelists: Stanley Asah, Professor in the School of Environmental and Forest Sciences at the University of Washington; Shauna Baron, a naturalist guide in Yellowstone National Park; and Dana Hoag, Professor in the Department of Agricultural & Resource Economics at Colorado State University. 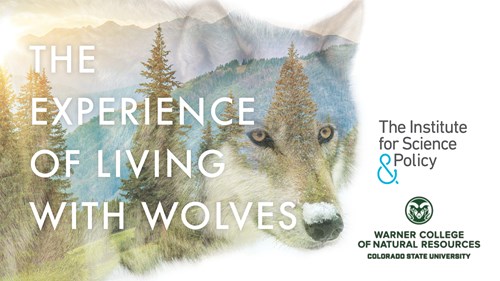 Episode 5: The Experience of Living With Wolves
Watch the full episode and read the recap

For many in the Lower 48, the idea of living alongside wolves isn’t theoretical: it’s a practical reality. Residents of the Northern Rockies and the Upper Midwest have had Canis lupis as a neighbor for decades now and understand the values, concerns, and tradeoffs in a way that few others can. As Coloradans begin to head to the polls to determine the fate of Proposition 114, these communities can offer lessons and paradigms for what lies ahead should wolves eventually return to the Centennial State.

Panelists: Shane Doyle (Apsaalooke/Crow), an educational and cultural consultant; Denny Iverson, Rancher and Logger at Iverson Ranch (Montana) and Secretary of the Blackfoot Challenge; and Kim Skyelander, Associate Director of the Center for Collaborative Conservation at Colorado State University. 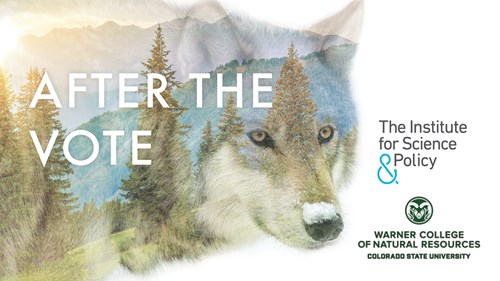 Episode 6: After the Vote
Watch the full episode and read the recap

In November, Colorado voters narrowly approved Proposition 114, initiating a managed reintroduction of gray wolves by 2023. Now what? As state agencies and local communities prepare for the species’ return, important conversations continue about the anticipated impacts on agriculture, recreation, tourism, land use, and more. What path will the reintroduction take over the next few years? And how do managers plan to balance both human needs and ecological considerations?