When scientists calculate human exposure to climate change-induced events, they commonly categorize groups as either vulnerable or resilient according to pre-existing social inequities. Unfortunately, this method unintentionally emphasizes individual responsibility, rather than reinforcing ownership of the broader global systems and structures that create inequities in the first place. In other words, we need a better way of seeing the whole picture.

Intersectionality is a perspective which can guide climate policy makers to create inclusive policy that is representative of multiple identities and lived experiences, as well as employ a systems-based approach to policy, shifting the focus of climate change agendas away from individual vulnerability towards systemic responsibility, accounting for the ways structures of power create and reinforce climate inequities.

First coined by Kimberlé Crenshaw in the 1990s, intersectionality was originally conceptualized to map the connections between race and gender, challenging notions that they are separate categories of identity. The theory posits that various identifiers, such as gender identity, race, ethnicity, sexual orientation, socioeconomic status, nationality, age, and disability, are linked together to form one’s social position, or their status within systems of power.

While climate policies must certainly be evidence-informed, it is also important to consider the inherent power and privilege within climate research and policy development.

Intersectionality aligns with the idea that risk to climate change can indeed be cumulative based on social position and inequities experienced. However, instead of deeming people as ‘vulnerable’ or ‘resilient’ to climate change, intersectionality takes a more holistic approach, considering the diversity of human beings and how historical, cultural, environmental, economic, and socio-political contexts impact them.

This makes it a useful guide to more equitable climate change policy in two major ways:

Past examples of preventative climate policies, such as carbon taxes or the banning of plastic bags, burdens the individual or consumer with responsibility to enact wide-scale change, rather than making the systems and industries driving climate change accountable for climate degradation. This approach does not challenge or rectify existing social inequities, nor does it acknowledge how such inequities perpetuate risk for climate change-driven events.

While climate policies must certainly be evidence-informed, it is also important to consider the inherent power and privilege within climate research and policy development. For example, gender in the context of climate change is often researched by comparing men and women. Yet data based on gender alone does not demonstrate the entire picture, failing to capture the complexities of identity and diversity of lived experiences. Climate change policy informed by this research would therefore only consider people who identify as men or women, lacking representation from groups who do not fit within binary categories.

More importantly, those with the power to shape what constitutes as knowledge, such as climate researchers, and those who have power to decide how that knowledge is implemented into policy, such as politicians, often represent the most privileged among our societies and therefore are arguably the most protected from climate change. When those responsible for shaping policy constitute a privileged minority, resulting legislation often does not reflect the reality or needs of the majority.

Intersectionality can guide policy geared towards climate change mitigation or CCIE protection by supporting all members of society to be part of the solution in ways which are relevant, meaningful, and feasible to them. This approach requires diverse perspectives and representation from all identities, not only amongst researchers and policy makers, but also the peoples in which climate change policies seek to support.

It should go without saying that Indigenous communities (the original stewards of the land) should be centered as climate stakeholders, both within climate policy design and implementation. This is by no means suggesting Indigenous peoples should be burdened with the sole responsibility to enact climate change solutions, but rather to centre Indigenous voices and knowledge within climate change agendas. Similarly, engaging Black and Latino communities within the development of U.S. climate change policy ensures inclusivity from the start, encompassing diverse perspectives to better capture how to support and protect all people from climate change.

Equitable climate policy must support all members of society to adapt to climate change and recover from CCIEs, bridging disparities rather than accentuating them. This will first require challenging the existing inequities that heighten people’s risk to climate change in the first place. Intersectionality can guide domestic policy stakeholders, such as local governments, to implement policy tailored to support all citizens by clearly identifying the systemic inequities impacting their communities.

To illustrate this point, consider low-income Black Americans experiencing housing inequities within U.S. seaboard communities. These residentsare at risk for permanent displacement following future flooding and coastal CCIEs. Intersectionality would distinguish systemic racism as the root cause of housing inequities and increased CCIE risk, noting the linkage of race and socioeconomic status. Through this perspective, climate policy would need to also challenge systemic racism to effectively address risk to coastal or flooding related residential displacement.

When those responsible for shaping policy constitute a privileged minority, resulting legislation often does not reflect the reality or needs of the majority.

Perhaps most important to this approach is the need for local governments to include the expertise and lived experiences of minority groups, activists, advocacy centers, and non-profits from impacted communities. Centering the voices that are often not heard within climate narratives attempts to ensure climate policy is relevant to those experiencing systemic inequities through co-creation and collaboration, while also building valuable relationships and community networks. Leveraging these existing networks and groups to be active partners of a proactive CCIE response mechanism or climate mitigation plan is one example, such as engaging with a local Indigenous wellness centre and mental health supports offered by practitioners of color, or working directly with organizations like the African American Policy Forum to weigh in on potential solutions.

Without designing and implementing policy that accurately supports the diversity and complexity of people, climate change will arguably only widen global disparities. An intersectional perspective can help to identify the inequities that already exist and the systems that create them, noting who they impact and how. The two approaches shared above can ultimately better equip stakeholders to engage with communities to design equitable policies which challenge inequities and support all identities. Diverse representation among climate researchers and policy stakeholders, engaging communities within policy design, and taking up strategies to target systemic inequities within climate policy are recommended.

Dr. Stephanie Huff is a researcher and writer on gender, health, and equity. In addition to her position at Maynooth University, Ireland, Steph operates an award-winning feminist travel blog The Pink Backpack. 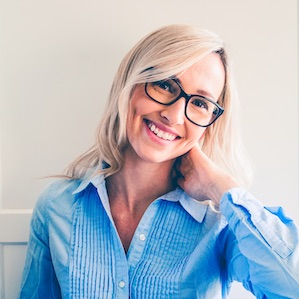