An Education: Why Schools are Key to the Climate Equity Challenge

Each year, around 50 million students attend public elementary, middle and high school in the United States. The infrastructure required to serve such a large student population creates a significant environmental footprint, but also provides several opportunities to improve climate change education and outcomes. These opportunities, however, strongly depend on local resources and are often influenced by larger disparities in wealth and education.

Facilities upgrades are typically prioritized after security and technology expenditures. Around 30% of schools in the United States have poor or fair equipment quality for HVAC, energy management systems, windows and plumbing/bathrooms. A school’s environment impacts energy consumption, student health & student performance. Facility temperature, lighting and air quality are related to student achievement, attendance, health, and teacher retention. Along the same lines, it would follow that more extreme weather conditions (temperatures, natural disasters) resulting from climate change may contribute to increased time out of school, particularly in older buildings.

Significant energy-efficiency improvements rely heavily on sufficient local funding, which limits the number of districts that can afford them. Despite long-term cost-savings, many districts have significant deferred maintenance costs due to a lack of immediate budget availability. States, financial institutions and energy providers may offer incentives, grants and other financing options (e.g., energy performance contracts, lease purchase agreements) to improve existing buildings, especially in low-income districts. State incentive programs are often preferred to private financing due to interest rate levels and the additional challenges (e.g., temporary loss of ownership of buildings) associated with private agreements.

Around 25 million students rely on public transportation to get to and from school each year. Access to public school buses can save family fuel costs and reduce carbon emissions from burning gasoline in personal vehicles. However, traditional school buses primarily run on diesel fuel, which is still a pollutant associated with negative environmental and health outcomes. Students who disproportionately rely on public transportation (e.g., low-income students) and students with longer commutes (e.g., rural students) inhale more air pollutants than those traveling the same distance in personal vehicles. However, bus improvements to replace diesel engines and reduce idle time are associated with improved health outcomes.

Under the Diesel Emissions Reduction Act (DERA) the EPA offers rebates and grants to reduce diesel emissions in older school buses via replacing or retrofitting diesel buses. They also host an idle reduction campaign to encourage school districts to limit school bus idle time. Similar efforts to reduce school bus idling have been shown to reduce air pollutants near schools. Electric school bus funding is also part of the 2021 Infrastructure Investment and Jobs Act. Overall, the costs of retrofitting or replacing school buses are high and more likely to be done in areas with more resources, such as those who collect more money through property tax and/or community donations.

The Intergovernmental Panel on Climate Change released a special report in 2018 that emphasized education as a tool to influence the large-scale behavioral changes that are needed to transition into equitable, carbon neutral economies. Education was also cited as a critical part of the technological and policy adaptations needed to mitigate climate change. Significant roadblocks to large-scale educational change, especially in countries like the United States, include a lack of consensus as to what education for sustainable development should look like and how it should be measured.

Teacher education and support can also act as a barrier to quality climate education. Although many states have education standards that require schools to teach about climate change to some extent, there is significant variation as to what is taught and how often climate change is discussed. In practice, many teachers do not teach climate change, citing barriers such as it not relating to their teaching standards or having insufficient expertise/resources to discuss climate issues with their students. There is not strong evidence that more climate training alone improves teacher content knowledge and choices. Rather, science communication training may be more effective in promoting quality STEM education.

In addition to teacher preparedness, access to quality STEM education varies based on geography and district resources. STEM knowledge gaps based on race, language and socioeconomic status have been identified as early as kindergarten and persist throughout students’ education. As with other subjects, STEM learning is impacted by access to broadband internet and computers, teacher experience, per student funding and extracurricular activities. Access to these resources is lower in nonwhite and high-poverty communities.

Black and Hispanic individuals are underrepresented in STEM careers, which tend to require more education as well as earn higher salaries. One approach to increasing STEM workforce participation is career and technical education (CTE). During the 2018 school year, almost nine million secondary students participated in at least one CTE course. As of 2020, 29 states have career and technical education programs that are specifically meant to prepare students for green careers. For example, the Southern Regional Education Board offers clean energy CTE programming through a “Clean Energy Technology” STEM career pathway. New York City’s Solar Schools Education Program partners public high school students with the non-profit Solar One to learn about and gain experience installing solar panels on local public schools.

Other strategies for improving career readiness can also be applied to green jobs. Work-based learning opportunities, industry-recognized credentials and college course credit during high school can improve job placement after graduation. Public schools that incorporate these programs into their schedules are more likely to reach students who might otherwise have difficulty accessing these resources due to cost, distance or lack of awareness.

Ultimately, policy solutions at the local, state and national level should consider disparate education and climate impacts when determining how to benefit the largest population of Americans and mediate the most impactful environmental responses.

Brittany Whitley, PhD, is the Executive Director of the MOST Policy Initiative, which promotes long-term health, sustainability, and economic growth for Missouri communities by connecting science and policy. On Twitter: @britwhits 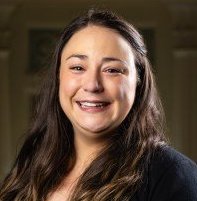