Bias and Cultural Consequences in Conservation

I picked up my daughter up from daycare last week and was handed a laminated placemat she had crafted that morning for “hunting week.” The placemat features a large snarling wolf surrounded by what she calls motorcycles (a lineup of side-by-sides), a spotting scope, and a bear mid-roar. I walked out of the daycare dumbfounded, struggling to come up with more than an open-mouthed “wow…” in appreciation of my 2.5-year-old’s artistic efforts. I was thinking to myself, “Where in the world did this come from?”

A Decade in the Working Wild

You see, my own work for the last four plus years has revolved around grizzly bear and wolf depredations ─ preventing them in the first place and supporting ranchers who live and work within habitat occupied by those large carnivores. I never select pictures of large carnivores that evoke strong feelings. You will find no fangs in my work; nor will you find wolves cuddled with their pups.

Before I moved north to grizzly bear and wolf country, I spent 6 years studying a federally endangered population of bighorn sheep in the Sierra Nevada mountains of California, tracking growth and survival rates and predicting habitat use. Capitalizing on the growing population, we reintroduced four new herds of sheep into two national parks and two national forests. During these early years in my career, I learned not to give individuals names. If you need to move an individual out of its herd to repopulate historic habitat, encouraging an individual connection to “Dolly” can be unwise. The reintroduction will take Dolly away from her family and greatly decrease the probability she survives.

My move north brought me to USDA-Wildlife Services working to reduce conflicts between wolves, grizzly bears and livestock. I was fortunate to find myself working for a forward-thinking state director in an agency that typically engages in cooperative agreements with conservative interest groups like Stockgrowers and Woolgrowers. Working across cultural divides and through ideological differences, we created two new positions at USDA-Wildlife Services, with cooperative funding from Defenders of Wildlife (Defenders) and Natural Resources Defense Council (NRDC), that focused on reducing conflicts with grizzly bears and wolves by increasing human presence and erecting electric fences. Partnering with Defenders and NRDC ─ unlikely allies for USDA-Wildlife Services ─ felt natural given my previous work history. The success of that pilot program resulted in a $1.38 million appropriation in 2019 that funded two additional positions in Montana and many more across 11 additional states, and brought me to my current position at Western Landowners Alliance about a year ago.

Through these experiences, I learned to value what I had been taught in graduate school. Scientists are to approach their work without emotional attachment. That seemed a simpler task as a graduate sitting at a microscope measuring calcium currents; I trained as a neurophysiologist before my passion for wild places led me to a career change. But would this be possible while studying and managing species referred to as “charismatic megafauna?”

So last week in the daycare driveway, I wondered how my daughter’s snarling collage could have come to be. Several hypotheses arose:

1) She hears me talk about my work often enough to know that grizzly bears and wolves can be ferocious killing beasts.

2) The daycare provider helped her select these pictures.

3) The “shoot the bear” game she learned from my mother-in-law while pretend-camping more than 6 months ago has influenced her thinking profoundly.

Hypothesis 1 seems extremely unlikely, despite the fact that I work out of a home office. She attends daycare after all. When I gently questioned her teacher about it at pickup the following day, I ruled out hypothesis two. My best guess is that her influential grandma innocently instilled a fear of bears in my daughter that has tinted most, if not all, of what she knows about these animals. It does not help that I recently checked out a book from our public library ─ Federico and the Wolf, by Rebecca Gomez ─ featuring a habanero-throwing Rico whose attempts to make pico are foiled by a rhyming wolf. It seemed innocent enough, and the book was on display ─ easy to grab ─ as I hustled out of the library with an impatient toddler.

The cultural resistance in ranching communities of the West to wolves has complex origins. The baggage is born as much of recent history as of our children’s storybooks. The feeling that wolves were brought here by outside interests without local support persists. Environmental organizations opposed delisting wolves in Wyoming even after wolves had met the biological criteria for recovery, exacerbating mistrust. Local elk hunting opportunity declined. Ranchers have lost grazing permits.

Our neighbor’s truck bears a bumper sticker reading “Welcome to Wyoming, Now Take a Wolf and Go Home.” The wildlife biologist in me read “take” as if it were in a permit authorized by a U.S. Fish and Wildlife Service regulations. My husband, who came of age just outside Cody, Wyoming as wolves were reintroduced into Yellowstone, clarified that the instruction is not to kill a wolf, as with the much more overt “Shoot, Shovel, and Shut Up” that became common as the delisting controversy escalated. Rather, he explains, the more nuanced bumper sticker says, in essence, “If you are here to visit the wolves of Yellowstone, you should try living with them in your backyard. Good luck.”

One of the key characteristics of what we call the “working wild” is the very low number of humans on the landscape. Yet, in my work as Working Wild Challenge coordinator for the Western Landowners Alliance (WLA), people are central. WLA strives to advance policies and practices that support working lands, connected landscapes and native species. Critical to this mission is collaboration among people who have very different feelings ─ gut responses, conditioned as much by culture as experience ─ about wolves, grizzly bears, and other animals.

As fellows at Colorado State’s Center for Collaborative Conservation, graduate student Rae Nickerson and I have been leading focus groups to inform a West-wide survey that will provide important policy and management recommendations for communities living with wolves. This  group of ranchers from Canada to California to New Mexico meets twice monthly via teleconferences that began as times for peer-to-peer learning around conflict reduction, but have morphed into fora for brainstorming and reality-checking policy and economic responses to the challenges of the working wild.

I believe that by holding space for the difficult conversations that occur at the intersection of conservation, wildlife management, and agriculture, we can hold space on the landscape for wild working lands that sustain people and support wildlife. But to be honest, I am a little disheartened at present. If MY two-year-old child growing up in a rural agricultural community 80 miles east of Yellowstone is already marred by cultural resistance leftover from a wolf reintroduction 25 years past, what hope do we have that enough others in my community will be open to exploring what possibilities exist for carnivores and agriculture to share space?

Over the years, my neighbor with the bumper sticker, a 4th-generation sheep producer, has given up permits in the nearby Beartooth Mountains, at least in part because of pressure from predation by the growing numbers of large carnivores including wolves and grizzlies. His business now focuses on the farmlands in the basin bottom.

Jim Corbett, co-founder of the Malpai Borderlands Group, wrote, "Ranching is now the only livelihood that is based on human adaptation to wild, biotic communities." Today’s America wants western wildlands to support a full suite of carnivores and the species they prey upon. That comes at a price.

To keep the open space of the West ─ valued by both people and wildlife ─ intact, multi-pronged economic solutions, including cost-sharing for conflict prevention practices, compensation for losses, and payments for the ecosystem services that working lands provide, should be available and tailored to suit individual agricultural operation’s needs. Economic solutions like these will help keep our western landscape whole. Hopefully, sharing the costs of providing habitat for large carnivores across all of the communities that value them will also reduce the cultural resistance to sharing the landscape with them. 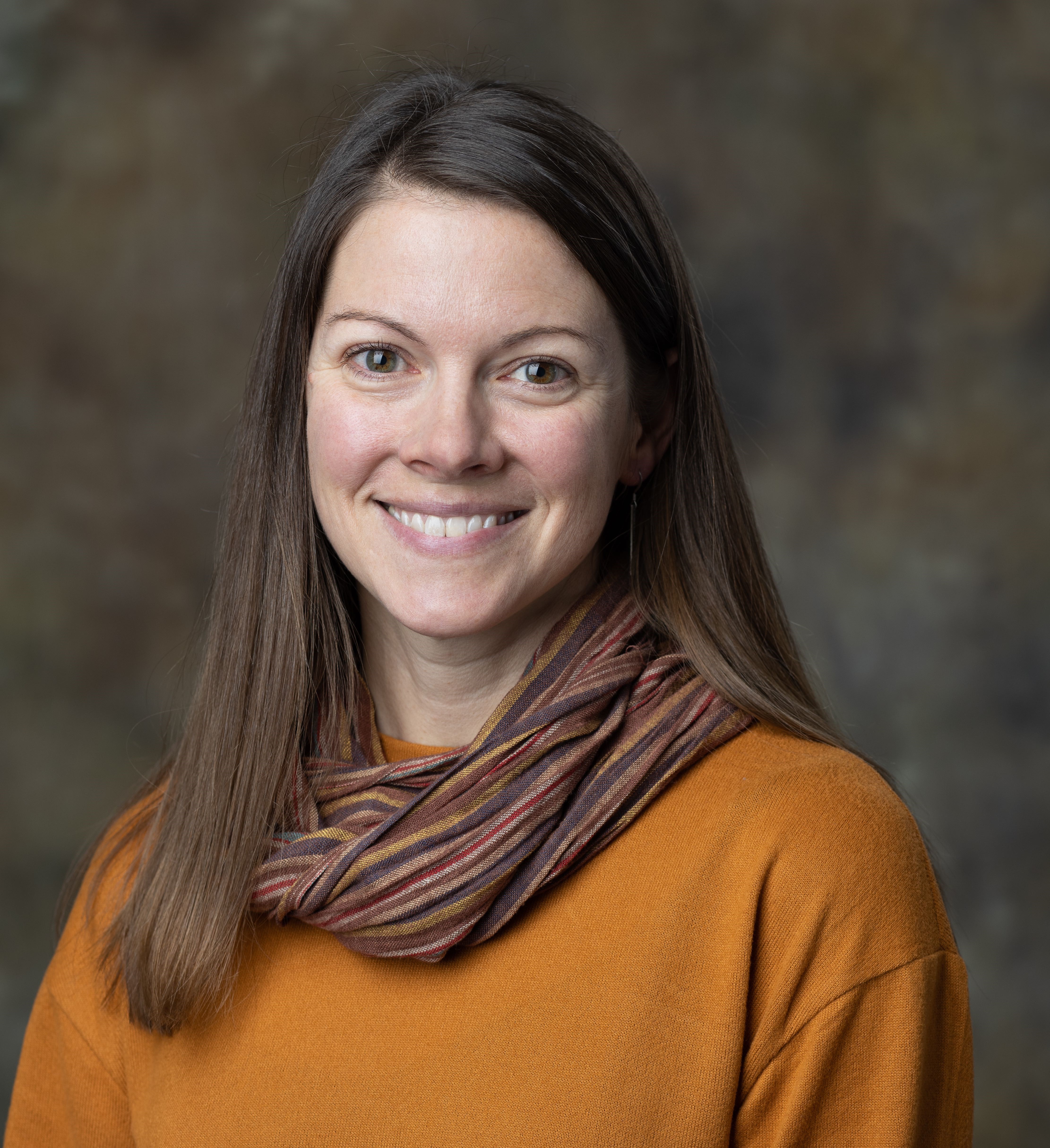