Free to Wander: The Benefits of Urban Trails

“What habitat is this?” I recall my oldest son asking ten years ago. He was small, inquiring from the big back seat of our minivan about the world we zoomed through. It was a section of San Francisco he’d never encountered, though it wasn’t far from our home then. I tried to see things through his eyes as we passed colorless warehouse buildings on a roaring, racing, exhaust-ridden four-lane grey road without places to walk comfortably. The only living things were inside fueled bubbles like ours. I looked into the rearview mirror to glimpse my son, kicking the seat, and covering his ears with soft hands while looking out the window of our metallic minivan with raised eyebrows. I’d never considered a street, city, suburb, or nation as a habitat until that day. What kind of habitat is this? I thought, looking again at that area I’d accepted as “industrialized.”

According to National Geographic, a habitat is a place where an organism makes its home. Habitats must supply what an organism requires to survive. We are organisms. We need water, light, oxygen, food, and other organisms to survive. We need to walk and move independently, regardless of age, race, and disabilities.

That day my son was observing details of a city, that, like many US cities, was losing its ability to sustain living things. As a certified junior birdwatcher, perhaps he was thinking of how many birds could no longer live there or maybe he sensed how many fish, would be dying this year, thereby depriving more birds of food.

Maybe he sensed how many urban centers are responsible for as much as 80% of greenhouse gas emissions affecting the world today. Greenhouse gases damage the essential elements that organisms need to survive. Further, according to John Fernández, the director of MIT Environmental Solutions Initiative, those living in rising population centers are particularly vulnerable in the face of climate change effects, including coastal flooding and heat waves produced by urban heat islands.

Because that son was having several health challenges back then, causing his suffering, he saw the world through a lens that adults could learn from. What if we were to observe the damage we’re doing to our planet through the eyes of our children who feel worried about small things like themselves, but also birds, fish, and bugs? What if we considered how those children, just like other organisms, will suffer if we don’t make drastic changes? Would we seek more ways to abandon our vehicles, conserving fuel and energy? Would we redesign our communities to encourage walking through our habitats rather than riding in cars? Would we plant tree canopies, reuse and recycle, and would we pressure local governments to fund and create more initiatives for all of the above?

Humans need to connect to nature in order to feel passionate about preserving it.

Today we live in Switzerland. We moved here after many days like that one in the minivan, living in several parts of the US, searching for a “habitat” in which to thrive. That son from the car was unable to assimilate in suburban communities where we settled in the US, on the West Coast and East Coast, partly due to a pervasive sense of confinement. Though we lived beside plenty of greenery, he was unable to thrive in school. He struggled with transitions into cars and out of them, into loud, tight classrooms held indoors. His playgrounds were surrounded by gates he tried to unlock and walls he climbed. He behaved like a caged bird, flying into things, knocking objects and people from surfaces, and fleeing toward paths, forests, and open spaces where he might find peace. He couldn’t collect himself with the required crossed legs or in the tight, treeless play areas designated as “structures.” Instead, he found calm on his tiny bike, or wandering among redwoods and oaks, digging under rocks to observe diverse organisms cooperating in the dirt.

When we finally moved to Europe, our son calmed significantly. There, it was normal and possible from almost any starting point– in urban centers or suburban villages– to walk, bike, sit, or simply wander outdoors for peace. There he could run safely away from what he now calls “overwhelming environments,” wandering along paths and searching under rocks for solace. Our new tiny country was oriented around nature, inhabited by people of countless nationalities speaking many languages. Folks moved and ate outside (even in winter) and behaved like insects under the rocks my son loved, cohabitating in a rhythm. Don’t get me wrong, there were plenty of Swiss citizens correcting newbies like us, telling us how to sort ourselves and our trash better. But we didn’t mind changing. Order in Switzerland was and is intentional and critical to the well-being of the whole. Our new home was surrounded by trees, wildflowers, and birds. Our neighborhood was marked with signs, trash receptacles with dog waste bags, and benches for sitting. There were waste containers for separating trash and recycling in most populated areas. These organized features weren’t casually placed. They were essential everywhere including near the refugee camp where I volunteered and eventually hiked with refugees, some climate refugees, hailing from across the globe. Everywhere in Switzerland, we found methods for individuals of all abilities and origins to mobilize and find peace through nature with almost no carbon output, leaving few traces behind.

Wanderwegs the German word for trails, were marked with yellow signs thanks to the work of Jakob Ess, a Swiss school teacher who, in 1930, took his class out of their stifling industrialized surroundings in Zürich into Alpine nature. But like my son, Ess became bewildered when some of the school children on his hike were nearly hit by cars and breathed exhaust rather than evergreen air. Ess took action, working to found the Swiss Hiking Trail Federation that networked Wanderwegs throughout Switzerland.

Once we moved to Switzerland, we found that Ess’s yellow signs, of which there were around 50,000, directed any wanderer beside homes, between trees, sheep, and fields, giving way to walking, running, and cycling in any direction. It was as though Ess saw, through the eyes of children, that trails were one of the simplest investments into their future, counteracting climate change. Trails lay the groundwork for reconnecting us to the wonder of our habitats, to economically sustainable routes for all ages, backgrounds, and socio-economic statuses. Walkable paths among nature could connect us to school, work, and businesses, syncing us to other organisms rather than obliterating them.

In our new habitat, we found that moving through nature was treated as though it was as critical to our well-being as accessing clean drinking water. Such precious water, carefully managed by the Swiss and known as “Europe’s Reservoir” flowed from fountains in most villages, so that anyone thirsty needed merely to lean and sip. Nature was cherished, kept clean, safe, networked, and linked in a communal pattern. Children were encouraged to wander on foot or bikes, in regularly scheduled outdoor classroom time, and on routes to school and throughout neighborhoods.

Since the US spans 3,797 million square miles compared to Switzerland’s 16,000 square miles, it’s hard to compare “wanderability.” However, there are 36 people per square kilometer in the US and 219 in Switzerland. This means the US has way more land to preserve and carefully connect to its inhabitants. Interestingly, the Biden administration has recently launched a plan to preserve 30 percent of US land before more habitats are destroyed.

But also, in 1968 when Congress, along with President Johnson passed the National Trails System Act, he recognized “the central role trails have played in forming our nation,” and the importance of maintaining trails for the sake of human health in the US. Perhaps Johnson recognized that humans need to connect to nature in order to feel passionate about preserving it. And though outdoor activity has increased since then, today Americans spend 92% of their time indoors.  To my son and me, this fact is visible. When we visit the US today, what strikes us in both suburban and urban areas is a lack of “wanderability” also known as easy, safe paths into nature for all ages and economic backgrounds. According to the American Hiking Society, in order to improve trails in America, three big steps are needed.

First, Congress must be urged to work with land management agencies, funding and ensuring already designated trail completion and new thoughtful trailblazing throughout US population centers.

Second, more urban trails must be funded on a local level, intersecting formerly overlooked urban neighborhoods and bridging economic barriers. Designing safe and accessible trails for walkers, runners, cyclers, or anyone needing to move the body freely and safely should be a priority. Additional volunteer opportunities should be designated to maintain trails similar to the Pacific Crest Trail Association, among other big US trail organizations, or the 1,500 volunteers who maintain Switzerland’s 60,000 km of trails. Local volunteer trail maintenance opportunities would work to identify local safety and preservation requirements, inform locals about their unique habitats, and ensure those surroundings are safe.

Finally, more diverse communities must be informed about the benefits of connecting to the environment, preserving it, and rebuilding it. Like young people naturally do, we can develop concern for smaller things like birds, fish, and the children of tomorrow. We can seek ways to revitalize natural environments, treading through them more gently. We can preserve, revitalize, or restore the habitats of 8.7 billion plants and animals from ultimate destruction. More styles of learners, of more races and ages, can benefit from staring out the window through the eyes of our children, and asking, “Who can live in this habitat?” Then we will open the door to wandering down paths to change, to saving our natural habitats for centuries to come.

Amy Aves Challenger is a US writer and artist living in Switzerland and the founder of Refugee Response Zug. She’s completing a novel called What is True about an atypical boy and his mom trying to grow in a world overflowing with information and technology, making truth harder and harder to recognize. 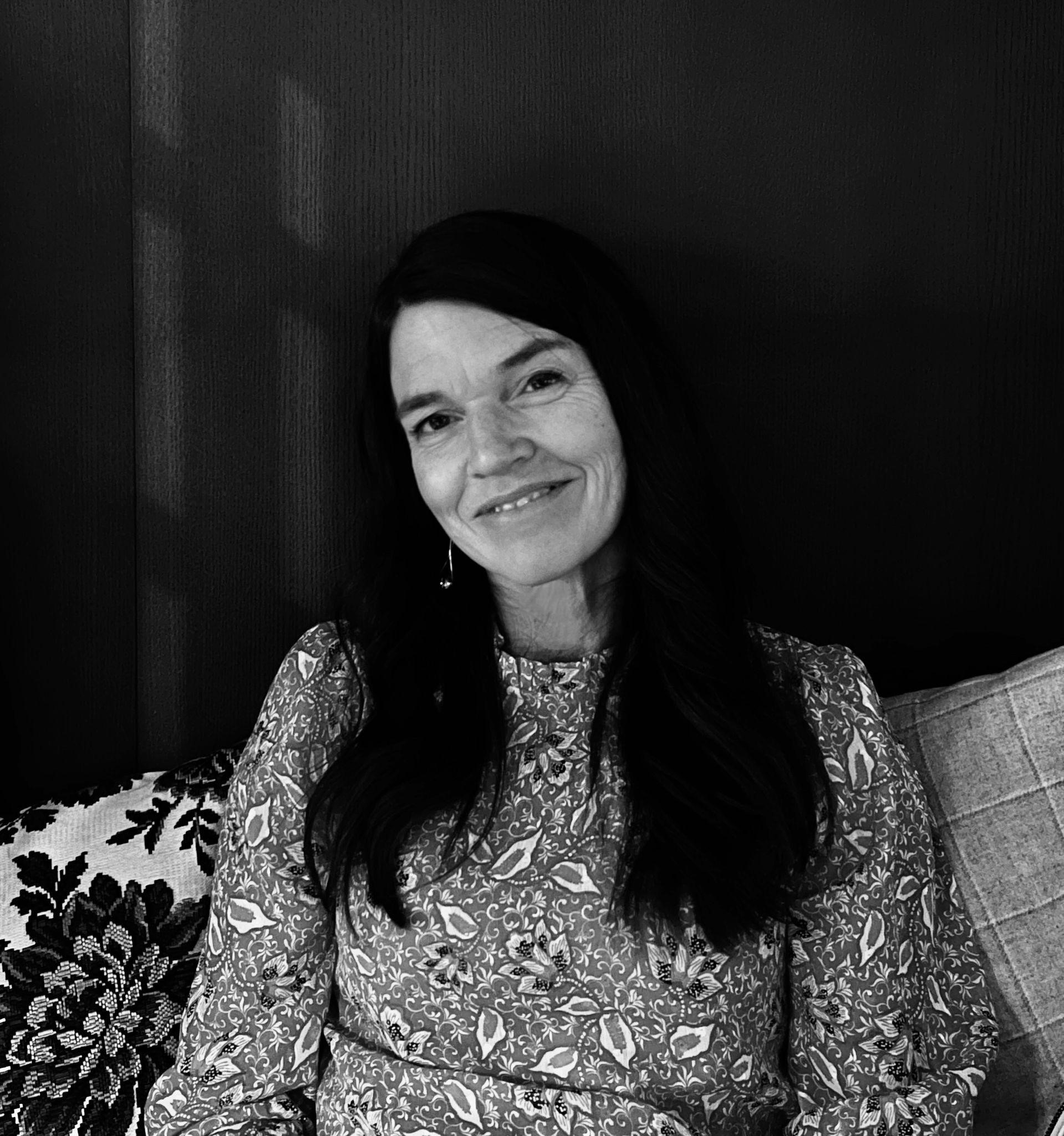