Throughout my life, water has been steadfast and ubiquitous, until now. As a small child, my grandmother would let me help her water the garden and create mud holes. My summers were filled with trips to the pool, playing on the slip and slide and an annual trip to play in the pulsing tide of Medano Creek at Sand Dunes National Park. As a child, I never thought about a world without water, and I made the horrible assumption that because I valued water, others would as well.

As a graduate student, I studied river ecology and environmental toxicology. I learned how the burden of environmental pollution and climate change weighs heavily on Black, Latino, and Indigenous communities the hardest due to wealth disparities. Those of lower socioeconomic status typically suffer from co-morbidities, which can be amplified by living closer to industrial areas, highways, lack access to green spaces that allow for exercise and typically live in food deserts with limited healthy food options.  A 2019 study from DigDeep and the U.S. Water Alliance revealed that more than 2 million Americans live without basic access to clean drinking water and sanitation. The study indicates that Native American families are 19 times more likely than White households to lack indoor plumbing, with Black and Latino households twice as likely.

These are all compounding factors that don’t allow for resiliency, especially when further complicated by natural disasters, power outages and pandemics. Regrettably once again, in my twenties I was able to choose to turn a blind eye on environmental science and focus my scientific efforts on less confrontational and less emotionally draining work. For so many Black, Latino, and Indigenous members of our community, this has never been an option.

Now in my thirties, as an uncle to a preteen boy who loves the outdoors, I can no longer run from the effects of climate change as they are at my door. The effects of the Colorado River Basin’s mega drought are becoming very apparent as several other river basins are facing similar drought and overallocation issues. Today, 40 million people in seven states depend on the Colorado River for drinking water and its basin is home to one third of the U.S.’s Latino population and 30 Native American tribes. Denver receives 50% of its water from the Colorado River. The Colorado River is one example of where equity and water are one and the same. Lake Mead and Lake Powell, — the two major reservoirs in the lower Colorado River Basin that provide electricity, drinking water and irrigation water —are currently at 35 and 32 percent of capacity, respectively.

We need to re-humanize the conversation around water and understand that humans are part of the ecosystem and not separate from it.

Now is the time to act, if we don’t, we will likely see increases in our water bills, power grid instability, food scarcities, wildfires, smoke choked skies, and overall inhospitable living conditions affecting both rural and urban areas. All of these dire situations will first, and most catastrophically, affect those in underrepresented communities.

If we want to solve the equity and climate change issue, we should focus on the tasks with a water-focused lens. People have historically said that whiskey is for drinking and water is for fighting. I disagree. We need to re-humanize the conversation around water and understand that humans are part of the ecosystem and not separate from it.

We must invest in water infrastructure, increased efficiencies, and natural solutions now by passing the infrastructure legislation currently pending in Washington D.C. That bill is an important start to implementing the recently released Ten Strategies for Climate Resiliency in the Colorado River Basin. These strategies, drafted by a broad coalition of environmental organizations (including my own, The Theodore Roosevelt Conservation Partnership), provide implementable actions that can adapt, respond and mitigate the compounding effects and risk of climate change to our communities, landscapes, economies and our water resources that they all depend upon.

For example, employing regenerative agriculture is essential. In August, the first ever water shortage was declared on the Colorado River. A tier one water shortage declaration reduces the amount of water available to Arizona and Nevada. In Arizona, the shortage reduces available water primarily to agricultural producers by 18%. We no longer have the luxury of growing high water demand crops in desert climates. Regenerative agriculture is a set of intentional practices and crop selection to match the growing climate in an area. These practices utilize crops to draw down carbon, increase soil health, nutrient density, crop resiliency, pollinator habitat and water absorption. The water absorption into the ground allows the soil to be more resilient during future droughts.  By adjusting our agriculture to regenerative practices, it allows farmers to reduce consumption of water, be economically productive and maintain farms for future generations.

Perhaps surprisingly, forest management & restoration is another top priority in preserving water quality. The Grizzly Creek Fire of 2020 is still plaguing Colorado with mudslides, infusing ash and debris into the Colorado River and shutting down I-70, the major highway between eastern and western Colorado.  Healthy forests slow down snow melt, mitigate harmful runoff into waterways, and allow for extended steady river flows. The Rocky Mountain Restoration Initiative, a pilot program, brings together several partners to increase the scale, focus and pace of reestablishing healthy forests, but it needs to be expanded and replicated across the country if we want to make substantial and timely impacts on forest health.

These strategies will benefit everyone and will have the greatest impact for those who are less fortunate. In Colorado, there are opportunities to influence water use. Make sure the state’s water plan reflects the future you want. Don’t choose to turn a blind eye on the water crisis. Water can be a major displacer and driving force for climate migration, leading to economic and social instability. Water is extremely powerful. I hope that it can smooth our society’s rough edges and unify us to create equitable bipartisan solutions that result in sustainable ecosystems for all.

Jared is a Colorado native who loves spending time in the outdoors. He earned a PhD in Biomedical Sciences from Colorado State. Jared is working to solve several of the world's complex problems by celebrating our cultural diversity and shedding light on how human, animal, and environmental health are all interconnected. 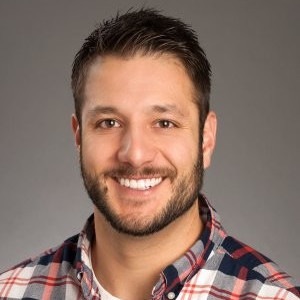