Appalachia is a 205,000-square-mile region surrounding the Appalachian Mountains and includes 13 states from southern New York to northern Mississippi. It’s also where I’m from. My earliest memories are of being surrounded by mountains full of old-growth forests. Just as clear in my memory is a culture and identity connected to coal mining. It’s in the air we breathe, the water we drink, even where our kids play.

My Senior Skip Day was spent at a place we called the Top of the World. A lofty name for such a dreary place–once forested mountaintop turned into flat, barren land with murky settling ponds. A name inspired by the scenic overlook it provided, but probably also an attempt to romanticize the pervasive and dangerous reality that an abandoned strip mine was one of the few places to go.

A confluence of long-standing poverty and pride, Bell County, Kentucky accounts for about a third of Kentucky’s coal production from 1970-2013. It reached peak production in the early 1980s – just a few years after I was born. That decline has been a tough reality to accept for much of Appalachia even as a record number of coal companies filed for bankruptcy last year.

Rural America is currently confronting the converging dilemmas of lagging economic growth and serious impacts from climate change. Transition away from fossil fuels, currently seen most dramatically with coal, will leave many rural communities further disadvantaged economically and environmentally. U.S. coal consumption has been declining since its peak in 2007 and current production levels are lower than any year since 1965. Coal production employment has declined in turn, with the most dramatic drop occurring in the Appalachian region. While the industry declines and departs from the areas that powered the country, people in the community are left behind with limited employment opportunities and a scarred landscape.

That dependence is usually highest in rural, Central Appalachian counties. In the absence of other viable private-sector opportunities, coal-mining counties are all too often faced with decreased employment rates, increased unemployment assistance, population falloff, and patchy dirt fields and buried streams instead of lush forests and diverse wildlife and aquatic ecosystems.

Congress passed the Surface Mining Control and Reclamation Act (SMCRA) in 1977 to prevent mine operators from abandoning mines without proper clean up. This also established the Office of Surface Mining Reclamation and Enforcement (OSMRE) to regulate the impacts of the mining industry on public safety and the environment. Before the passage of SMCRA, two centuries of mine abandonments left the U.S. with billions of dollars in damages and reclamation costs.

Transition away from fossil fuels will leave many rural communities further disadvantaged economically and environmentally.

Even after passage, the U.S. Environmental Protection Agency estimates that mining practices are responsible for burying thousands of miles of vital Appalachian headwater streams and destroying 1.4 million acres of native forest. SMCRA has undoubtedly improved mining practices and the resulting site conditions, however, the law’s focus on “restor[ing] the approximate original contour of the land” and OSMRE’s historical emphasis on stabilizing mining sites for public safety has led to sites covered in tenacious, non-native grasses that prevent or delay the return of forest land.

More recently, OSMRE’s staff and scientists developed the forest reclamation approach – a five-step process known to re-establish native trees and forests on mined sites – based on research and practical reclamation results. In 2004, OSMRE collaborated with state regulatory authorities to create the Appalachian Regional Reforestation Initiative (ARRI) and promote the use of trees instead of grassland reclamation that has been heavily favored and often misunderstood as the only acceptable way to restore mined lands. Since then, ARRI has published 18 advisories to explain the approach and assist industry and agency personnel in returning active and abandoned sites to highly productive forest land.

The energy transition and coal-damaged landscapes present a dual opportunity for economic revitalization and climate solutions within rural Appalachian communities. Although analysis is needed by OSMRE to understand the full reclamation potential within Appalachia, it has been estimated that over 600,000 acres need some level of reclamation. Communities and state governments examining alternative uses for this land typically lean toward traditional economic development solutions such as factories or industrial parks. Though that might work for some sites, far more are difficult to get to and lacking infrastructure needed for that to work. With forest reclamation, this fragmented expanse of once forested land has the power to revive coal communities beyond the typical economic revitalization concept, providing jobs and bringing tourism. Studies have shown that for every $1 million invested in rural reforestation in North America, as many as 40 jobs are created across the reforestation pipeline.

U.S. forests and forest products currently sequester and store almost 15% of our annual carbon emissions. This capacity could increase dramatically if mining companies were to return the area to a more natural state by using native plants – trees in this case. According to a recent examination of reforested mine sites, forest reclamation could result in carbon sequestration at a rate of 5.6 metric tons of carbon dioxide per acre per year, while grassland reclamation achieves only 14% of the same carbon storage potential.

Reconnecting the landscape in this way will also rebuild healthy habitats that work for wildlife, creating corridors and the ability to adapt to a changing climate. ARRI has been effective in promoting reforestation, resulting in over 95 million trees planted as part of coal mine reclamation, but the cultural misperception that reclamation with trees is more expensive and less effective than grassland continues to create barriers.

Coal communities have long been thought of as oppositional to environmental protection when, in actuality, they’ve had to choose between feeding their families and protecting the environment. A coal job is quite lucrative and easier to enter without a college degree – something that the region is far below the national average in achieving. It is troubling to me that choosing to work in the industry, at great personal risk to their health and safety, means forfeiting the ability to participate in the climate conversation. Changing the way mines are reclaimed would allow these same communities a better choice – to be a part of the climate solution while providing for their families.

As it stands, states have the primary responsibility for regulating mining within their jurisdiction and no state requires reclamation to use the forest reclamation approach or historically native plants. Though not an easy task, SMCRA should be updated to require this either through congressional action or with a final rule from OSMRE. OSMRE attempted this before as a small part of the Stream Protection Rule in December 2016. The expansive and controversial rule, mostly focused on protecting waterways, updated hundreds of older regulations – one of which would have improved the economic and environmental landscape for Appalachian communities through native reclamation. Unfortunately, with support from the Trump administration, the Republican-led 115th Congress quickly repealed the rule two months later noting new restrictions would make mining more expensive for coal operators.

Studies have shown that for every $1 million invested in rural reforestation in North America, as many as 40 jobs are created across the reforestation pipeline.

Changes in leadership, additional study findings, and conservation organizations working together to educate on the power of nature-based climate solutions have yielded a very different 117th Congress. Forests and other nature-based solutions have been highlighted within the recent Senate passage of the Infrastructure Investment and Jobs Act, including an investment of $11.293 billion in the Abandoned Mine Reclamation Fund as well as directing OSMRE to perform and report to Congress a study on the feasibility of revegetating reclaimed mined sites. It seems that the government now appreciates the power of reforestation and revegetation as a tool for climate and economic recovery.

It is time for Congress and OSMRE to work together to repair and reconnect the Appalachian landscape, while regenerating the economy and growing climate solutions. It is time for our legacy and identity to be remade.

Tiffany Turner is the Director of Climate Solutions at the Theodore Roosevelt Conservation Partnership where she advocates for nature-based climate solutions and policies. As a native of coal country, she’s passionate about conserving the beauty of the region while recognizing the opportunity that lies ahead for the Appalachian people. 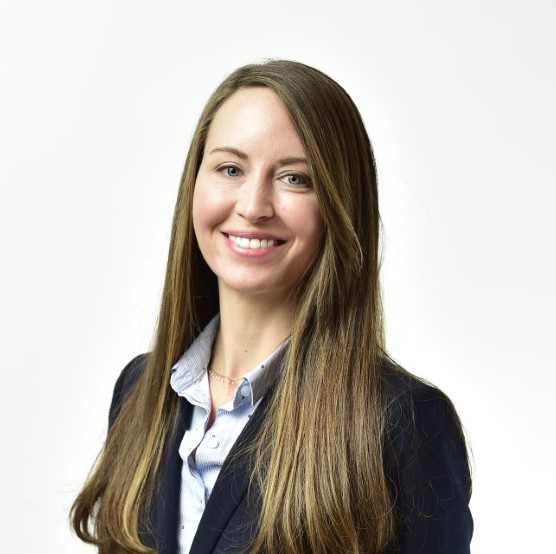