When considering the built environment, we often overlook the knock-on effects of past bets.

For example, fueling infrastructure underpins nearly every manner of today’s transportation sector. The National Association for Convenience Stores estimates that more than 145,000 fueling stations serve customers across the US: each of these with the land, pads, canopies, buildings, tanks, pumps, and dispensers that go into creating the fuel islands to which we are so accustomed. A reasonable estimate puts the average cost for constructing such stations at $500,000 in 2022 dollars, representing over $70 billion to build this existing network – a figure that nonetheless excludes the underlying supply chain of shipping, refining, piping, and trucking. So clearly, we benefit from prior investments to bring fuel to market.

Unfortunately, nearly 100% of today’s fuel derives from fossil sources, resulting in emissions that negatively impact health and climate – and that are felt most prominently in disadvantaged communities. The US Department of Transportation (DOT) recognizes that people living near highways and major thoroughfares are far more likely to suffer the respiratory effects of particulates from ground-level ozone, oxides of nitrogen, and fine dust. These effects include asthma, reduced lung capacity, pneumonia, bronchitis, and heart conditions. The DOT also notes that “diesel particulate matter is of particular concern because long-term exposure is likely to cause lung cancer.”

As a sector, transportation accounts for 27% of total US greenhouse gas emissions, resulting in an ongoing rise in global temperatures and extreme weather events. Notably, this fraction represents the largest part of US energy emissions, surpassing even those from electricity generation. And with such considerations in mind, a clear imperative exists to embrace methods that better protect human health and welfare – and that hopefully stem the worst effects of climate change. Even if 1.5oC is already “baked in,” how do we avoid 2.0oC? Part of the answer lies in transitioning towards vehicles that emit no greenhouse gases: so-called zero-emissions vehicles, or ZEVs for short.

transportation accounts for 27% of total US greenhouse gas emissions, resulting in an ongoing rise in global temperatures and extreme weather events

ZEVs exist in two flavors, both of which are electric vehicles (EVs). Many of us are aware of battery EVs; fewer are aware of their cousins, fuel cell EVs. But where battery EVs store and deplete electrons in battery banks, fuel cell EVs store and deplete gas in hydrogen tanks. And where a battery EV recharges over time while attached to electricity, a fuel cell EV fills up with a short visit to a station. In this manner, each ZEV type can serve different but complementary functions in much the same way that current vehicles run on gasoline and diesel. Speaking generally, in today’s world lighter-duty applications skew towards gasoline whereas heavy-duty applications favor diesel. Soon, however, many expect fuel cell EVs to meet heavier-duty needs and battery EVs to satisfy light-duty functions.

Just as we constructed delivery methods for gasoline and diesel, so too will we require new infrastructure to support ZEVs. Although electricity is familiar, charging even light-duty battery EVs at scale will nevertheless force significant grid improvements. And for heavy-duty applications poorly served by batteries, we will need hydrogen infrastructure to power fuel cell EVs. Fortunately, both batteries and hydrogen benefit from advantages inherent to distributed systems and therefore provide means for the efficient, complementary investment necessary for this critical transition.

Just as we constructed delivery methods for gasoline and diesel, so too will we require new infrastructure to support ZEVs.

Given the widespread availability of electricity, battery EVs hold the early advantage with respect to deployment. Most homes and business in the US have adequate power for their own needs and may even tolerate the extra demand necessary to charge a battery EV without major physical changes. Still, charging several vehicles simultaneously or trying to do so faster (e.g., Level-III charging) forces upgrades to electrical service since existing “piping” cannot supply enough electrons for safe charging within the desired timeframe. And this is where the challenge – and substantial infrastructure cost – occurs for widespread deployment of battery EV charging. Simply put, upgrades are made expensive by trenching, coring, and rewiring in built environments such as dense urban settings and small rural towns with limited electrical supply.

For their part, fuel cell EVs and hydrogen hold no early advantage. To the point, outside of California, infrastructure remains absent for hydrogen fueling, meaning that it is impossible to replenish range for even a small number of fuel cell EVs using current stations. For this reason, people often refer to the “chicken-and-egg” challenge around initiating hydrogen infrastructure. In other words, it is difficult to invest in stations without demand from vehicles, but vehicles won’t be available without fueling infrastructure to support them.

Evidently, both types of ZEVs suffer from their own weaknesses. However, both also boast respective strengths. And it just so happens that these strengths and weaknesses complement one another well regarding strategies for building out infrastructure to support the switch to zero-emissions transportation. Specifically, batteries have worked well to seed early adoption for EVs in general. And fittingly, the lion’s share of early adopters has included light-duty passenger vehicles, most of which park and charge overnight in devoted garage spaces and are used effectively for shorter trips.

And yet batteries struggle to fit ZEV applications intolerant to extended down-time for charging or where space or electrical resources are too limited to serve large numbers of vehicles. Similarly, battery EVs falter when range exceeds battery capacity, when cold or hot weather decreases that battery range, or where the weight of batteries cuts into cargo capacity. For these reasons, many sector watchers see heavy-duty vehicles and fleets, often today’s diesel users, moving to hydrogen fueling when available.

But before addressing the availability issue for hydrogen infrastructure, let’s speak about another manner in which the two ZEV approaches complement one another: the grid. Again, it gets back to the question of the piping for electrons and the timing for supplying those electrons. Recalling that transportation energy now exceeds that for power generation, imagine the infrastructure upgrades required for supplying electrons to all vehicles simultaneously at 7pm across a city with 100% battery EVs. Yes, this is an extreme case, but it makes the point: the electrical grid – all the lines, sub-stations, and plants for primary generation – would basically have to double.

And this is where hydrogen production from electricity, the production method that “cracks” water molecules without emitting carbon on-site, offers distinct advantages. Because fuel cell EVs are refueled in minutes at a station, replenishing vehicles can be decoupled from electrical demand in a way not possible with battery EVs. In other words, molecules of hydrogen can be produced at a constant rate throughout the day and stored for peak dispensing periods, such as 7pm in the battery EV example above. Therefore, by considering the two complementary approaches to powering ZEV transportation, we can benefit from flexibility in terms of how we modify infrastructure either across a cityscape or into less populated rural areas. And conceptually, this flexibility should help us make critical investment decisions in an economically efficient manner.

An Approach for Hydrogen Infrastructure

So how do we address the chicken-and-egg problem in a way that makes hydrogen fueling available and yet promotes the flexibility so beneficial to economic efficiency? First, we need to recognize that hydrogen infrastructure pretty much starts from zero, meaning that initial deployment in the private sector must launch at modest scale. Doing so enables both fuel suppliers and fuel users to place reasonable early bets – hopefully with some manner of government support – on creating infrastructure and purchasing fuel cell EVs. Next, we need to understand the extreme challenge represented in building a fueling network. Consequently, to avoid immediate reliance on such an endeavor, we should instead focus early efforts on providing hydrogen fueling to centralized fleets, most likely comprised of the heavier-duty vehicles served by diesel today. And finally, to place less risk on individual players wherever possible, we should seek to develop “seed hydrogen hubs” in concert with multiple co-located stakeholders so as to demonstrate the complementary manner in which hydrogen can work with battery electrification.

The technology and approach are there for the taking.  We require only the will and backing to start. 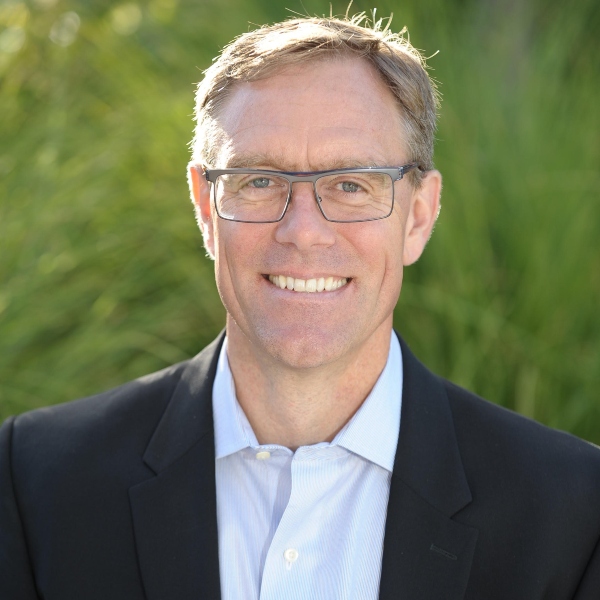