The lettuces are growing at full speed in my backyard here on the Front Range. Temperatures have been just right, aside from a hot wilty day every now and then. And the few tomato plants I let go to flower this early have already started bearing fruit. Even as COVID-19 has turned much of life upside-down, you’d never know if from a spin through the garden.

Back when the coronavirus first entered our collective consciousness, I already had my seed starter mix covered and was counting the emerging cotyledons. It’s my annual ritual to ensure a little self-sufficiency in my summer diet. But this year, there were more of us participating in the ritual. Folks across the country have turned to their own (literal and figurative) backyards for sustenance, starting a garden, raising chickens, or visiting a local farm for the first time. And they weren’t just interested in these ideas as a hobby; they too were recognizing the value of local and backyard agriculture as a reliable food supply when normal supply chains seemed anything but.

People’s newfound focus on self-reliance and local agriculture is a meristem on the centuries-old vine of humans adjusting their relationships with their environment and each other to ensure survival in the midst of change – to be resilient. And while the importance of local food became clear during the COVID pandemic, the global climate crisis has long served as a motivator for folks to rethink social systems, and particularly agriculture, to be more healthy, fulfilling, and resilient.

Now certainly, humanity has come out for the better thanks to global-scale social movements, diplomacy, education, and communication. Even our diets have benefitted from year-round fruit availability, offered so cheaply that most in the U.S. can afford a Central American banana any time of the year. But the true costs of those services are passed on to our communities not through the bill at the grocery store, but rather through social and cultural capital. Goods freighted from a continent away foster dependence on externalities, global corporations, and fossil-fuel based infrastructure – all of which is far from resilient. Even whole cultures themselves have deteriorated concomitantly with de-localization and associated environmental degradation. So focusing on our cultural integrity – our family traditions, neighborhood rituals, seasonal delicacies, and township policies – is a central component of resilience.

The global climate crisis has long served as a motivator for folks to rethink social systems—and particularly agriculture—to be more healthy, fulfilling, and resilient.

The Transition Town movement is a grassroots community planning system that has long recognized climate change as a motivation for re-thinking communities and localizing economies, food, and culture to increase resilience. Started in the early 2000’s by a permaculture design class in the UK, Transition Towns recognize that environmental degradation, socioeconomic disparities, declining mental and physical health , and decreased community resilience all coincide with increasing “globalization” (an idea that, interestingly, has gained traction on both sides of the political aisle), and that intentional de-globalizing (or, localizing) would not only increase resilience in the face of climate change, but would improve these other aspects of our collective lives.

Transition Towns offer localizing solutions that seem radical in ends but are practical in means. They point out our close temporal proximity – just a few generations – to pre-industrial, pre-globalized lifeways, which situated people closer to their food sources, waste management systems, textiles, and water sources. This highlights the need not to raze the system and start from scratch, but re-learn and retro-fit our infrastructure to support the local first.

To localize their economies and culture, the first Transition Town in Totnes, UK supports local small businesses through entrepreneurial workshops and resources that stimulate local synergies, like a local mushroom-growing company that grows its product on spent coffee from a local coffee shop and spent mash from a local brewery. In 2007, they got some media attention by printing their own local currency – the Totnes Pound – to encourage local commerce. (The currency was phased out in 2019.) They protested in the streets against larger corporate-owned coffee shops planning to move into High street. They redesigned suburbs and invested in multi-family housing to address socioeconomic injustices in traditional housing infrastructure. And of course, backyard gardens are everywhere.

The end goal of Transition Towns is not to end climate change (though that would be nice), but to be resilient through it. Given that the vast majority of greenhouse gas emissions come from corporate entities, small towns might not have a large role to play in mitigating climate change. But towns are, as the movement would argue, a perfect scale to focus on climate change adaptations. As such, the goal of Transition Towns is to create communities that are resilient in the face of change.

As someone who has studied climate change from an earth science perspective, I found this focus on resilience and adaptation particularly resonant. The climate is always changing (though not always at the rate we’re seeing today), and those species that have made it through extinctions in the past have not necessarily been “most fit” for a given environment, but the most resilient in the face of change.

The Transition Towns movement grew since its inception in the UK, and now its outgrowths are sprouted across the globe. Importantly, Transition Towns (and any other localization strategies) don’t look the same in any two places – in fact, they can’t. The diversity of ecosystems and soil horizons (as well as diversity of climate change impacts on different geographies) engenders geographically and ecologically diverse actions, from reformed economies to reformed agricultures (harkening to ideologies of stewardship, rather than dominion). Such spatial heterogeneity also is what should (and in the past, always did) bring about different cultures.

In this way, localizing is not just about the scale of action, but the scale of policy and culture that determines action. Any silver bullet prescription to our food system through dietary change seems to miss the fact that a truly localized diet would look as heterogeneous as the landscape form which it derives, and the peoples for whom it nourishes. So rather than prescribe specific actions, Transition Towns inspire shared values and principles that communities can adapt and apply anywhere to cultivate resilience.

New relationships with local farms, new gardens, or even just a new tomato plant in the windowsill are steps forward that, if we let them, will have lasting impacts on our community resilience.

Bioregionalism is an idea, a worldview, and a value system that grapples with the need to localize not only for resilience, but for quality of life, in a way that meanders along contours rather than road-cuts through the landscape. Perhaps my interest in these localizing movements is one born out of the same bioregionalism that gardening requires. And this is what is so exciting about the coronavirus-times’ increase in backyard agriculture: Small steps towards learning the land, climate, and community – a too-early planted tomato, a late-summer lettuce wilt, a conversation with the local farm staff at a pick-up – are tangible steps towards resilience that can last beyond coronavirus, and brings us closer to the climate adaptations we’ve known we’ve needed.

On the need for localizing, bioregionalist author Gary Snyder wrote, “This doesn’t mean some return to a primitive lifestyle or utopian provincialism; it simply implies an engagement with community and a search for the sustainable sophisticated mix of economic practices that would enable people to live regionally and yet learn from and contribute to a planetary society.” Some of our actions need be national- to global-scale, even if they’re done on regional bedrock: Energy policy reform, carbon sequestration engineering, social justice. But many of the actions we need to make it through the hard times, zoonotic or climatologic, can be done right at home, at a safe distance from people, but also with people, and in our own specific place.

New relationships with local farms, new gardens, or even just a new tomato plant in the windowsill are steps forward that, if we let them, will have lasting impacts on our community resilience. In the recent words of environmental thinker and activist Vandana Shiva, “As the current situation shows, we can deglobalize when there is political will. Let us make this deglobalization permanent. Let us transition to localization… The corona crisis creates a new opportunity to make [this] paradigm shift.”

Many of us climate- and socially-aware have been wanting and waiting for motivation towards action. I learned of Transition Towns in my search to find anyone whose actions matched their words on taking climate change seriously as a whole. Truly, let us seize this opportunity. As dire as the global situation is today, there is still much we can do about it in our own backyard. The soil is rich and the temperature warm. Let’s make it happen.

The author recently completed his PhD in Geological Sciences at the University of Colorado Boulder on the ecological impacts of climate change. He also works on sociopolitical adaptations to climate change and science communications. He is currently working with the Colorado Wildlife Council Outreach Team. Find more at FGBoudinot.com and follow him on Twitter: @FGBoudinot 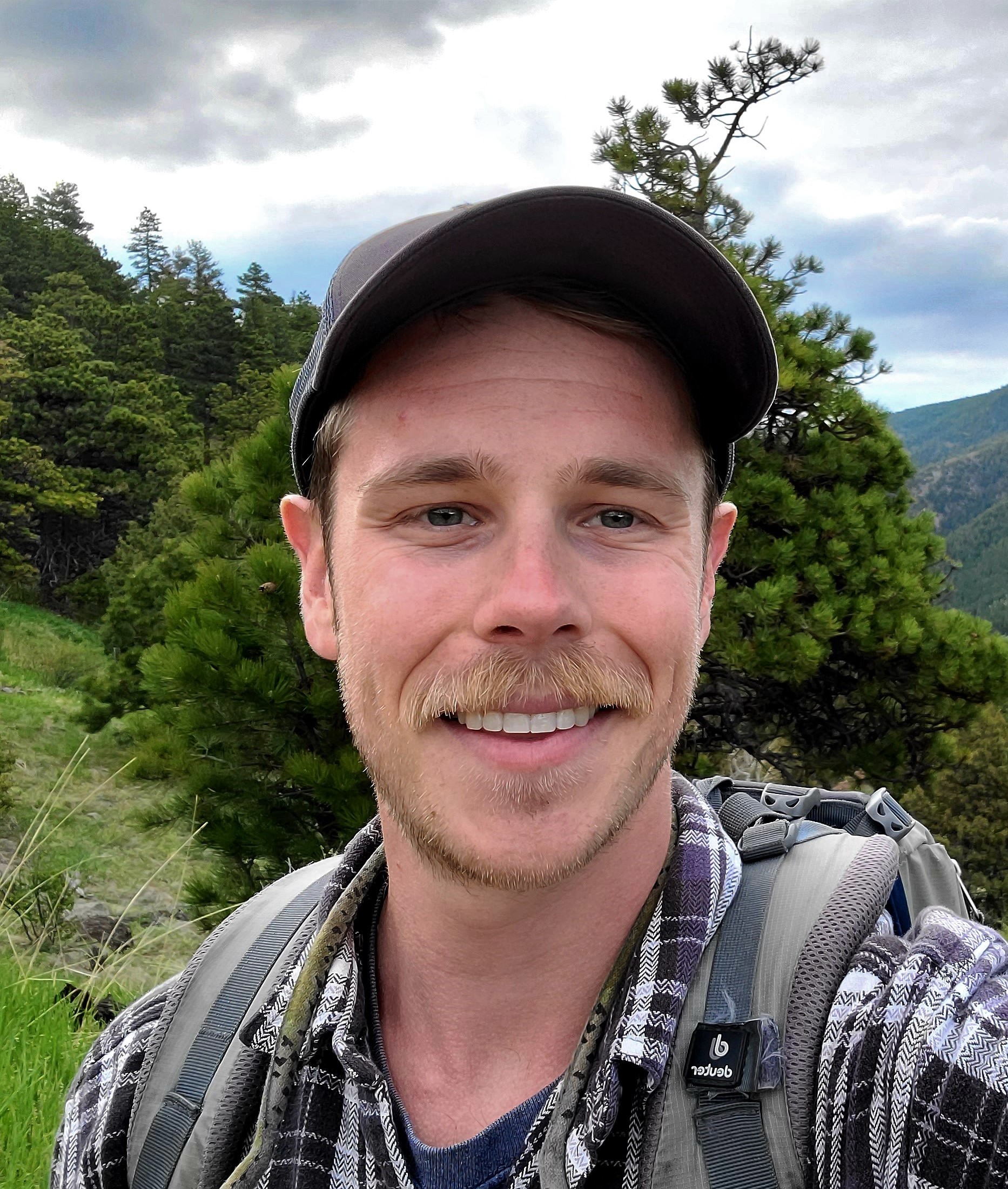 PhD in Geological Sciences at the University of Colorado Boulder