Hydrogen is everywhere these days on the clean tech landscape. According to the Hydrogen Council, there are nearly 200 hydrogen projects globally with a total investment value in excess of $300 billion through 2030, or the equivalent of 1.4% of global energy funding. The hype is intense in scientific and energy circles, with fossil fuel and legacy energy operators singing its praises while others holding more skeptical opinions about its promise. Is the attention justified, and will hydrogen be a significant part of a net zero world?

Hydrogen is the most abundant element in the universe and comprises three-quarters of the sun’s mass, but it’s scarce in the Earth’s atmosphere and does not have naturally occurring deposits to easily access. Unlike many other elements, hydrogen is a highly reactive element and needs to bind to other elements like water and oxygen to become stable (for example, the chemical composition of water is H2O, meaning it’s composed of two parts hydrogen and one part oxygen). For this reason, to be used for energy it needs to be first separated, typically through electrolysis. Hydrogen is also a uniquely versatile in that it has both the highest and lowest energy density and is the smallest and lightest molecule that we know. When burned, hydrogen is a colorless, odorless, highly flammable gas that emits only water.

Sounds great, right? Well, not so fast. Depending on how it’s produced, hydrogen can have a significant carbon footprint. Today, hydrogen is primarily produced using a highly polluting processes, labeled as either “brown” (generated from coal gasification) or “gray” (generated from natural gas and fossil fuels). There’s also “blue” hydrogen which is also generated from fossil fuels but with carbon capture and sequestration added to the production process. These three variants make up as much as 95% of the current global hydrogen footprint, with Europe, Australia and Asia serving as the main production hubs. This type of hydrogen energy is now used in heavy industry to make fertilizers, petroleum, and steel, along with more limited use in fuel cell cars.

Critics point out that these forms of hydrogen production have very large greenhouse gas (GHG) emissions, and do not contribute to the goal of achieving net zero. In 2021, Robert Howarth of Cornell and Mark Jacobson of Stanford published the first peer-reviewed paper examining the emissions lifecycle of blue hydrogen accounting for both CO2 and methane. They found the GHG impact of blue hydrogen is more than 20% greater than burning natural gas or coal for heat and some 60% greater than burning diesel oil for heat, concluding that the use of blue hydrogen is difficult to justify on climate grounds.

Consumer vehicles are frequently tabbed as ripe for hydrogen fuel cell adoption, since transportation makes up a large chunk of the U.S. emissions profile. But major efficacy questions have drawn high-profile skepticism. Elon Musk, CEO of leading EV maker Tesla, has called hydrogen fuel cell technology for cars a “mindboggling stupid idea.” Indeed, studies commissioned by automakers themselves show that EVs are currently more energy efficient than hydrogen fuel cell cars. In his acclaimed 2021 book Electrify, author, inventor and MacArthur Fellow award recipient Saul Griffith called it a “false god,” citing the folly of the inefficient energy conversion pathway behind hydrogen cars and believes this technology has been cynically promoted as a solution by special interests to delay the necessary transformation toward carbon free renewable power.

And despite substantial investment of companies like Toyota in hydrogen fuel cell technology, consumers in the U.S. have, to date, overwhelmingly endorsed EVs as their preferred transport of the future (there are only 18,000 fuel cell cars on American roads compared to the 7.2 million EVs). Additionally, there is very limited fuel cell charging infrastructure in the U.S. With just 45 stations nationwide (mostly in California, funded mainly through government subsidies), they are outnumbered nearly 16 to 1 by Red Lobster restaurants.

Still, there is at least some hope that hydrogen could play a role in our net-zero future. While the brown, gray, and blue variants cannot be considered helpful in moving us closer to a decarbonized world, so-called green hydrogen results from using renewable energy to power the electrolysis process, leaving behind only water vapor in its wake and the hydrogen itself can be converted into a high-density liquid or gas form for storage. It is a technologically mature, yet expensive and energy intensive process. Even though it makes up just 5% of global hydrogen energy production today, green hydrogen may be beneficial to address the critical problem of long duration energy storage, helping to solve the intermittency challenges of solar and wind power.

Despite the skeptics, the hydrogen gold rush is on, and dozens of U.S. companies are working on various applications of hydrogen technology across the value chain to support our net zero future. At the front of the pack is Nikola Motor which has received a whopping $2.5 billion in funding to build a fleet of heavy-duty electric vehicles using hydrogen. Monolith, based in Nebraska, recently received $1 billion in financing from the US DOE Loan Programs Office (its largest loan thus far) to develop commercial scale 100% clean hydrogen using methane pyrolysis. EnerVenue has raised over $100 million to advance its nickel-hydrogen battery technology for large-scale renewable and storage applications. Mainspring Energy has received more than $200 million in funding to deploy its linear generator engineering using hydrogen for micro electricity generation. And ZeroAvia has received over $80 million to advance zero emission air travel using hydrogen powertrains.

Hydrogen could be most useful in helping transition certain industries which cannot be easily decarbonized through electricity alone, especially as electrolyzer system costs continue to decline. These include long-haul trucking, shipping, and aviation, as well as other high emitting, heavy industrial processes like cement and steel production. Marco Alvera, CEO of Italian energy company Snam and author of The Hydrogen Revolution, believes hydrogen could make up 25% of the full decarbonized economy by 2050, while other estimates project a more modest 15% top end range.

Hydrogen is not the panacea many proclaim to be, yet it will likely be part of our future to complete the “last mile” of decarbonization in our global economy. So the next time you hear an energy pundit sing the praises of element number 1 on the top left of the periodic table, just remember to keep the hype in proper perspective.

Rob Kellogg is the founder of the Sathi Fund for Social Innovators and is on faculty at the Watson Institute where he teaches in their semester accelerator. Since 2015, Rob has been active in the social entrepreneurship space, having served as a mentor, investor, or advisor to 100+ founders and their ventures, many working on addressing climate restoration and adaptation. 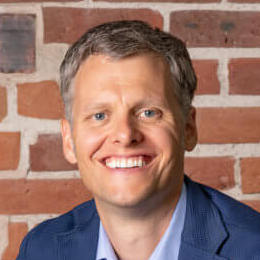