Vertical Farming Could Make Produce More Sustainable. But is it Feasible?

Farming typically evokes images of wheat swaying gently in the breeze and tractors tilling green fields. But in a future where sustainable agriculture becomes a necessity, visions of farming could transform from a flat plain to a skyscraper.

Vertical farming — a method of agriculture where produce is grown in vertical stacks indoors using soil, hydroponics, or aeroponics — has the potential to facilitate another agricultural revolution if adopted widely. A form of urban agriculture, vertical farming is seemingly almost too good to be true. As the name implies, produce is stacked vertically, which drastically reduces land use and can yield more per square meter than outdoor farms and greenhouses. The stacks reside indoors where water can be recycled and reduce use by 95%.

Vertical farming is a tantalizing solution to carbon emissions produced by plant agriculture and global food shortages in a growing population. But can it succeed in altering conventional farming practices that have lasted for tens of thousands of years?

Today, farming practices still generally resemble their ancient counterparts. Approximately 11,500 years ago, humans began to transition from hunter-gatherers to members of settled communities due to the development of farming and animal domestication. This Agricultural Revolution, also called the Neolithic Revolution, induced sociocultural changes that supported food stability and population growth. Humans have since become dependent on agriculture. While the effect of this revolution was profound for the human population, it has not been without its complications.

After all, agricultural innovations have simultaneously created solutions and challenges. Technologies such as farming machinery, pesticides, and genetically modified plants have allowed for higher yield with less manpower and longer lasting produce that can weather pests. At the same time, these tools have allowed for overdevelopment of land, resistant insects, and ethical debates over the use of genetically modified organisms (GMOs). Pesticide and herbicide use can result in contaminated soil and water and reduce soil fertility. In the United States, food waste is estimated to account for 30-40% of the food supply. Approximately 50% of Earth’s habitable land is used for agriculture, necessary to feed a population that has increased exponentially from approximately 5 million at the dawn of the Industrial Revolution to close to 8 billion today. And of course, climate change prompted by human activities has altered rainfall and temperature patterns, and has resulted in more frequent climate/weather extremes, all of which negatively impact agricultural production and efficiency.

The accumulating concerns with modern agriculture necessitate a sustainable innovative solution, and a progressive approach like vertical farming may help lift the complacency in agriculture.

While the effect of the Agricultural Revolution was profound for the human population, it has not been without its complications.

The modern concept of a vertical farm was developed in 1999 by Dickson Despommier, a microbiologist and parasitologist at Columbia University. In one of the classes he taught, he asked his students to create an idea that would feed the population of Manhattan using five hectares of green roofs. His students calculated that rooftop gardens could sustain only 2% of Manhattan residents. Despommier then calculated that 50,000 people could be fed with a different method by dedicating a 30-floor building to the production of crops via hydroponics. In 2001, he drafted the first plan of a commercial vertical farm and has since become the world’s leading expert on this revolutionary agricultural method.

A decade later, Despommier’s vision manifested in one of the most notable vertical farms in the world. Constructed in 2009 and operational in 2012, the Sky Greens prototype in Singapore is the first low carbon, hydraulic-driven vertical farm, which allowed for even distribution of sunlight while using recycled water for both watering plants and fueling a water-pulley system.

The technology has rapidly progressed since then. Other vertical farms have begun using LEDs as a higher efficiency light source while expanding the use of operation automation and data collection to optimize productivity. Finnish startup iFarm developed a SaaS platform called Growtune, which uses data collected by farms around the world to improve iFarm’s artificial intelligence (AI) algorithms. This software can reduce vertical farm labor costs by up to 20% by monitoring growth and microclimate, spotting inconsistencies in plant growth, optimizing plant growth recipes, and alerting of any deviations. New Jersey-based AeroFarms uses sensing technologies, data science, and AI to optimize plant size, taste, and nutrition. Aeroponics are utilized to mist roots with nutrients, water and oxygen in place of soil. They also adjust the spectrum, intensity, and frequency of LED lights to maximize plant photosynthesis in the most energy-efficient manner possible.

With the many advantages of vertical farming, what is keeping them from being widely established? Quite simply: cost. Vertical farming is five times more expensive than growing on an outdoor farm. Although total energy use and labor costs can be reduced while simultaneously producing higher plant quality and yield, the startup costs are higher than conventional outdoor and greenhouse farming. The high-tech nature of vertical farms results in an average cost of $4,700 per square meter for 10 tiers, and profit can only be gained after the first 5-7 years. This makes it difficult to get a foothold in the market with competitive pricing.

Another significant hurdle is land siting and building permits. Obtaining a permit can be a hassle, and if vertical farms are to be widely implemented, the question of where they should be built remains. Vertical farms are a form of urban agriculture, and as such, their greatest benefit would be to exist in urban areas with dense populations. However, due to the suburbanization of major food markets and retailers, food deserts have arisen in urban areas where low-income residents have limited access to fresh fruits, vegetables, and whole foods. Vertical farms would seem to be an ideal solution that could eliminate food deserts, and might eventually gain traction by taking over vacant buildings at a reduced cost before eventually expanding to the suburbs.

Some early investors have been willing to explore the idea. Softbank invested $200 million in San Francisco-based Plenty, along with now-former Amazon CEO Jeff Bezos amongst others. Google Ventures invested $90 million in start-up Bowery Farming. In the public sector, the U.S. Department of Agriculture offers a variety of funding opportunities that can potentially be utilized by vertical farm startups, including specific loans and programs for organic agriculture. After securing startup funding and upon seeing a return in investment, the ongoing cost of vertical farming closely matches that of greenhouse farming. Still, startup and operational costs are unlikely to match conventional farming levels anytime soon

Long-term, however, momentum may be on its side. The compound annual growth rate (which is the mean annual growth rate of an investment over a specified period of time longer than one year) of vertical farming is predicted to be 6.85%, increasing from $781 million in 2020 to $1.5 billion by 2030. The convenience, high quality, and frequent harvesting of locally grown foods produced by vertical farms have the potential to become a preferred source of produce, despite higher prices. Or perhaps vertical farms can follow the lead of the solar panel industry: Once costly and difficult to obtain, solar panels have become significantly more affordable over time due to popularity, manufacturing with less expensive and more efficient materials, and tax incentives. Restaurants and schools may eventually sign on, providing a reliable clientele. The prospect of job creation — Altius Farms of Denver provides on the job training for urban youth and veterans — may provide additional incentives as well.

With continued investment, a growing human population, and land scarcity, it may only be a matter of time until vertical farming becomes widely established. Once it does, human quality of life will improve while simultaneously aiding in the fight against climate change. The road to sustainable produce will be long, but the benefits for humanity and the planet will be worth it. The next agricultural revolution is approaching, and vertical farming is the catalyst. 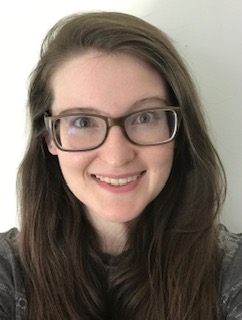