COVID-19 Testing in Colorado: What You Need to Know

This article is part of an ongoing series on COVID-19, a collaboration of the Colorado School of Public Health, the Denver Museum of Nature & Science, and the Institute for Science & Policy. Tune in to our next webinar on Monday, May 18 at 8:30 a.m. MT discussing stories from front line medical caregivers. Find all of our previous COVID-19 webinars and recaps here.

It’s the word on everyone’s mind right now: testing. And rightfully so: When it comes to getting the COVID-19 epidemic under control, there is a lot to understand about the types of tests and the role of tests in Colorado’s response, so I'm going to talk about the landscape here in the state and how far we've come.

We had our first confirmed case in early March, and for a while, we saw exponential growth in the number of cases that were being reported. But thanks to social distancing measures and everybody doing their part in Colorado, we've been able to slow the spread. More recently, we’ve been adding a relatively stable number of cases per day (typically between 300 and 400, with occasionally as many as 700). But while cases have still been growing, they’ve been growing at a slower rate than one might expect if this were just unmitigated exponential growth.

Testing is one piece of the puzzle. Why do we test people at all? The most important thing it can do, obviously, is to identify who's sick. That helps us find hotspots so we can deploy resources efficiently to communities that need help containing the spread. And it’s also about protecting those who are most vulnerable. A large percentage of deaths in Colorado have come from senior living facilities, for example.

We keep an eye on the positivity rate, which represents the percentage of tests that come back positive at a given time. This stat is important because health organizations like the World Health Organization think that you're testing enough of your citizens when your positivity rate sits at about 10%. In early March, the rate of infections outstripped our ability to test widely and our rate was at closer to 25% at times. We’re back down to around 10% today.

In the early days, the only folks that were really able to test were the Centers for Disease Control and then later, the state laboratories. But as the private sector has picked up steam, the FDA has authorized more types of tests from different companies and platforms. LabCorp and Quest, which are two major testing companies in the United States, have had assets come online. Hospitals have been able to do testing on their own. And that is helping make up the bulk of the testing capacity. We've gone from being able to barely run any tests in Colorado (fewer than 200 per day) to running over 3,000 tests a day.

There have also been some questions about the ability to turn tests around in a timely way. Several weeks ago, it was taking up to six days to for someone to get a result back from the state lab. And that's challenging, because if you don't know someone is positive, you still have to treat them as positive, which can strain resources for healthcare providers. We’re happy to report that the state lab has been able to reduce that testing turnaround time to right around 24 hours.

There are two types of testing, and they have different functions. The first one is the typical diagnostic nasal swab, really the gold standard thus far. It tests for the presence of the viral genetic material. The second is a blood test, which instead tests for the body's immune response to that virus. These are also known as antibody tests or serological tests.

One note of caution on antibody tests: We don't have strong evidence yet on exactly how antibody levels change over time with this particular virus. The thing that shows up first in your system, obviously, is the virus itself, and that’s what the nasal swab can detect. Antibodies develop later as your body musters up a response. So you can be very symptomatic or even pre-symptomatic and be shedding lots of virus infecting other people, but an antibody test could still come back negative. Conversely, a positive antibody test could either mean that you still have the virus or maybe you were exposed 10, 15, or even 30 days ago.

Antibody tests aren’t ideal for real-time public health decisions on isolation and containment, but they are important for long-term epidemiological study and understanding how immunity might form. They help us monitor aggregate levels of exposure within a community. It seems likely that people who’ve been exposed will develop some level of immunity, but it is difficult to stake a claim that an infected person will be 100% safe from reinfection. We don't know enough yet.

We’ve ramped up our capacity significantly here in Colorado this past month. By the end of May, we're shooting for about 8,500 tests per day. That’s the level that we think we need in order to really open the economy in a meaningful way again and prevent large-scale spread of the virus.

To get there, we need supplies that have been constrained to varying degrees to date. The crucial components are the personal protective equipment (PPE) for healthcare providers; the test kits (including the swabs); the labs with ability to perform tests; and appropriate levels of equipment and staff to meet capacity. So far, Colorado has able to secure a large number of supplies and we hope to expand even further in May (see chart, right).

I should also mention where testing happens in Colorado. Private sector hospitals will test people if they have symptoms. There are also local community based testing sites with drive thru services. The state and the National Guard arrange for testing in hotspots, such as senior living facilities. Some of the systems that have been leading the charge include Children's Hospital; National Jewish; UC Health; Denver Health; Centura; Stride; Clinica; Kaiser Permanente; and King Soopers, which has stepped up recently with sites in Denver, Boulder, Greeley, and Aurora.

So you’re probably thinking: Where can I get a test? We do have a website now that lists all of the testing sites, along with a map. At the beginning of this whole outbreak, there was such limited testing that really it was only about prioritizing symptomatic health care workers and symptomatic inpatients. Now you can see this list has really expanded. So, if you're symptomatic, I would encourage you to go to a community testing site in your area or seek out a healthcare provider.

I also want to touch briefly on some of the infrastructure that's necessary to making testing effective. We're doubled our epidemiological and contact tracing team in the last two weeks and we're building a first-in-the-nation COVID navigator program so that people who are in isolation can get the services that they need. I would expect contact tracing to continue to grow, probably by orders of magnitude, over the course of the next couple of weeks. We have a partnership in place with Colorado State University to run 45,000 tests on nursing home residents and workers over the next several weeks.

Colorado is doing some new and innovative things that can predict where outbreaks might be occurring. We now have a symptom tracker in partnership with MTX and Google, so if you think you have symptoms I'd encourage you to come on to go onto this website, and check to see if you might be a good candidate for going in getting tested. We can use that data, along with data from Google searches, to tell us where there might be emerging outbreaks by identifying hot spots early, sending daily SMS check-ins, and providing direct referrals to testing sites.

Lightning Round: Questions from Viewers

You alluded to shortages of test supplies at times. Could you elaborate?
There are really three parts to the diagnostic tests: the swab sample, the extraction reagent, and the detection reagent. And you need different supplies for each of those steps. For a while, we didn't have any of it. Part of what my team has been doing is not only thinking about the strategy of testing, but about alternative sourcing. So we've looked outside the United States and we've looked inside the United States. Supply chains are beginning to open up now. But we've been able to bring hundreds of thousands of testing supplies to Colorado just over the course of the last month.

What about the viability of saliva tests?
I think this is a really promising technology and there have been a few Food and Drug Administration authorizations for saliva-based tests. Some labs have been able to validate it. A lot of doctors and laboratory folks would still tell you the nasal swab is the gold standard. But it's a really exciting idea and exciting that we’re exploring any number of different methodologies.

What about false positives and false negatives?
A false negative would be a very significant concern from a public health perspective, because that person has been told that they’re fine to go out and socialize when they shouldn’t be. There will always be some of those with any test, but the chances are lower with the swab test that we've been talking about and it may depend on which stage of infection that you’re at. The false positives, on the other hand, are problematic from a societal point of view because we're isolating people that don’t need to be. I don't know that this has been studied as well. I think some of the most interesting false positive work is related to the question of whether people can be reinfected. There have been cases out of South Korea where there's a concern that people will have recovered, and then they get another test maybe two weeks later, and they test positive again. The current thinking is that it's just residual genetic material from the virus and not an actual reinfection. 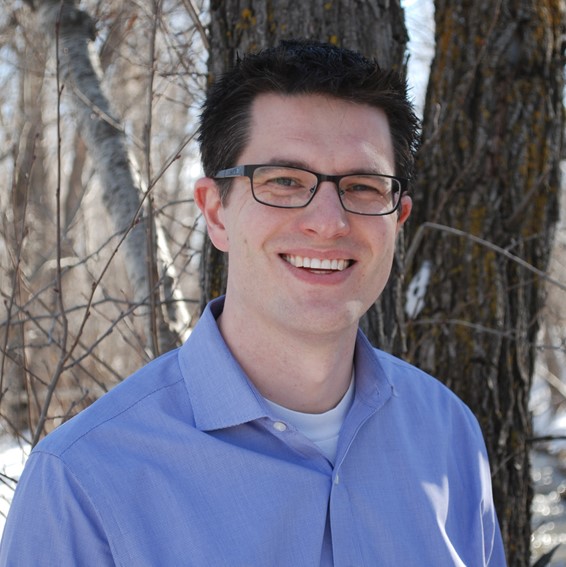